The Red/Green/Blue dialog box lets you change the amount of red, green and blue in the image. Changes can be made by typing new values or by dragging the sliders for each color. The value represents the percentage of change in each color. A value of 0% preserves the original value. 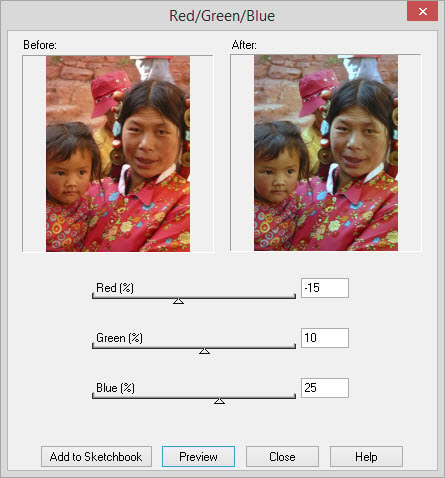 The Before photo had a red cast to it. By adjusting the Red/Green/Blue settings, the After photo now looks more realistic.